The disease most likely to be transmitted from the introduction of imported or any non-Gulf of Mexico shrimp into Texas waters is the White Spot Syndrome Virus. As an invasive species concern, there is the potential to transmit the virus into native shrimp populations. The virus has not been introduced into Texas ecosystems yet, but the potential is there when imported shrimp (possibly infected with the virus) are used as bait. 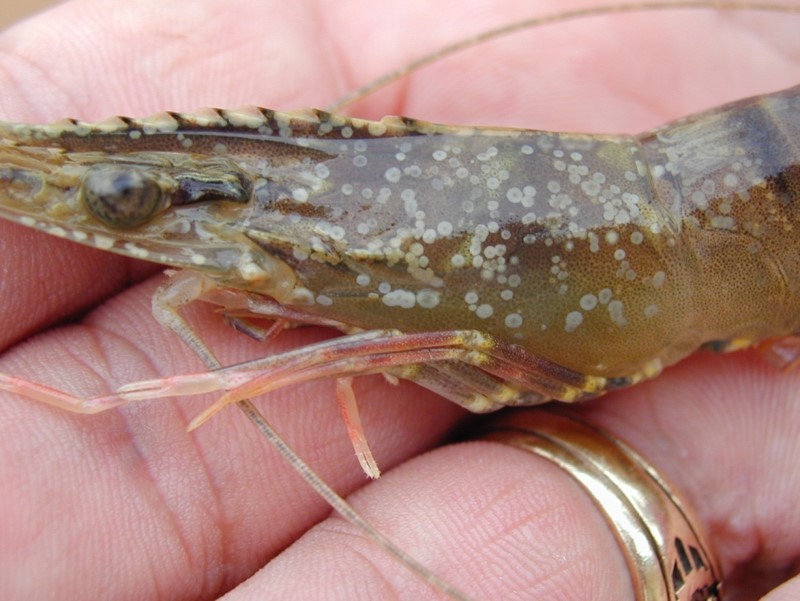 When introduced into a new aquatic environment, the virus only infects crustaceans like shrimp, crabs and crawfish. Once the virus infects a native crustacean population, rapid mortality occurs within days. This would have devastating consequences for the entire ecosystem. Shrimp populations native to Texas are an important part of the marine food web and diet of species like red fish and spotted seatrout. Because of the interconnectedness of marine populations, when one population suffers, so do others.